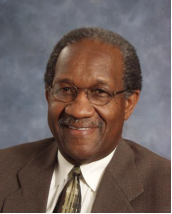 “I really appreciate your years of dedicated service to the citizens of South Carolina and know that you will do an outstanding job in this position,” Leatherman stated his letter appointing Matthews. Leatherman also thanked Matthews “for all you do to ensure a quality education for our young people.”

Matthews received a bachelor’s degree and master’s degree in education from South Carolina State University. He is a former classroom teacher and school principal and former President of Zenith and Triangle Cablevisions.

Matthews has served in the S.C. Senate since 1985 representing District 39. From 1975 to 1984, Matthews served in the state House of Representatives. Currently, he serves on seven Senate committees: Agriculture and Natural Resources; Banking and Insurance; Corrections and Penology; Education; Ethics; Finance; and Interstate Cooperation. He is the current Chairman of the Orangeburg County Legislative Delegation and a former Chairman of the South Carolina Legislative Black Caucus. He is also a member of the Southern Regional Education Board.