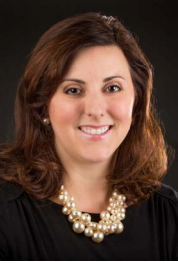 Columbia – Ellen Weaver, Founding President and CEO of the Palmetto Promise Institute, has been appointed to serve as the newest member of the South Carolina Education Oversight Committee (EOC). Weaver was appointed as Senator John Courson’s business representative, replacing the un-expired term of Deb Marks.

Weaver is member of the Columbia Rotary Club International as well as First Presbyterian Church of Columbia. In her spare time, she is an avid reader, dog lover and musician who loves to travel.

“Every student deserves the opportunity of an education that meets their unique needs and equips them to reach their full potential,” stated Weaver. “South Carolina is at a critical crossroads in achieving that vision: we must innovate to empower students, parents and teachers or our state and future will stagnate. I’m eager to partner with EOC members and staff in this vital work and thank Senator Courson for the opportunity to serve.”

At the December 14, 2015 EOC meeting, Neil C. Robinson, Jr., a Charleston attorney, was elected as the new Chairman of the South Carolina Education Oversight Committee (EOC), a term which began January 1, 2016.

Founder and Past President of the Charleston Education Network, a private, non-profit advocacy organization, Robinson is a Member of the Nexsen Pruet law firm, specializing in real estate and economic development. He also presently serves as Chairman of the Clemson University Land Stewardship Foundation and the Southeastern Wildlife Exposition, and is Vice Chairman of the MUSC Children’s Hospital Fund.

Robinson received his Bachelor of Science degree from Clemson University and his Juris Doctorate from the University of South Carolina. He served as Assistant Dean of the USC Law School in 1973. In 1984, Robinson started Robinson Wall & Hastie, P.A., a firm that merged in 1991 with Nexsen, Pruet, LLC. He has been recognized in Best Lawyers in America, Chambers USA, South Carolina SuperLawyers and Who’s Who in America. He was awarded the Order of the Palmetto by Governor David Beasley, has received the Clemson University Distinguished Service Award, and recently was selected the Real Estate Person of 2015 by the March of Dimes.

Dr. Danny Merck of Easley, was re-elected as the Vice Chairman of the South Carolina Education Oversight Committee (EOC), a term which began on January 1, 2016. Merck, Superintendent of the School District of Pickens County, has served as Vice Chair of the EOC since February 2014.

Merck received his Bachelor of Arts degree from Wofford College, where he lettered in college football and basketball. He received a Masters in Secondary and Elementary Administration from Converse College and a Doctorate in Educational Leadership from Nova Southeastern University in Miami, Florida. Merck has also earned his Superintendent Certification from Clemson University.

An outdoor enthusiast, Merck enjoys trout fishing and deer hunting in addition to reading and exercising. He is a member and Deacon at Norris First Baptist Church. He and his wife Suzanne have four children.